There's going to be a hole in this week's post, but you'd never know it if I hadn't told you.

I have no idea what Riley did Monday through Friday afternoon because I was at State Farm corporate headquarters in Bloomington , Il. for training.

Everyone up there was crying because it was 91 degrees with 10% humidity, but the Texas and Louisiana folks were enjoying the nice, cool respite.


I know you come to read about him, and not me, but let me just say that I hope American Airlines is soon in bankruptcy and every one of their employees that I dealt with over the last 48 hours ends up living in a box with Hantavirus-spewing rats ridden with plague infected fleas. And that's the nicest thing I have to say about that.

After getting back to Lafayette 3.5 hours late and with no luggage, I headed straight up to Bordelonville to meet Joan and Riley. The Paragon Casino in Marksville was home this weekend because Saturday, Uncle Jake got Riley a new aunt, Sara.

The hotel is nice enough. Kinda noisy, but the live alligators in the lobby make up for that. The noise is only a problem for Mom and Dad, because the Vornado fan right by Riley's bed drowns out everything for him. 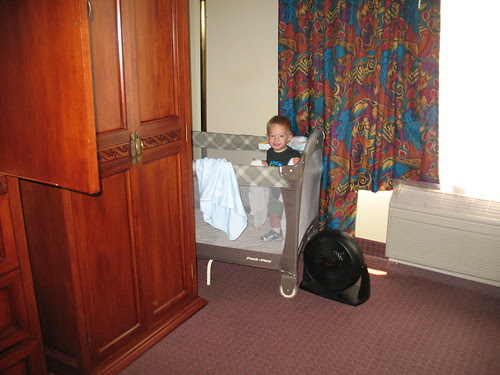 (if it didn't he would not have slept yet, thanks to the dog next door that i hope gets adopted by an American Airlines employees soon.)


Sara's dad is a farmer, and Riley loved climbing all over his (not running)tractors. No pics 'cause it was dark by the time I arrived.

By Saturday morning Riley had remembered his favorite game from Florida--- Run Down The Hall.

It's a simple game and requires nothing more than a multi-million dollar hotel to play. (fortunately you can rent those for $100-$150 a day) 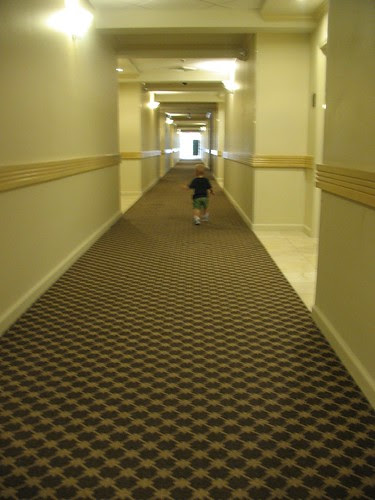 At least one of his other favorite games, Moving Rocks, is a good bit cheaper. 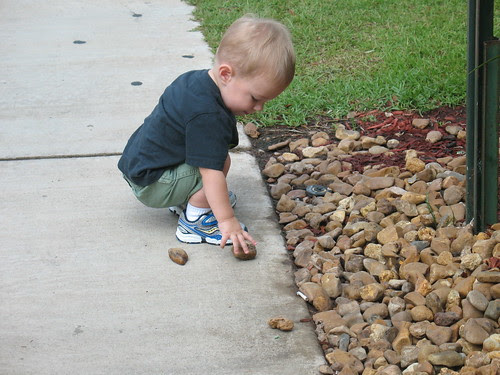 So that he didn't get too homesick, we had breakfast at Meche's where he loved the lip-smacking donut hole goodness. 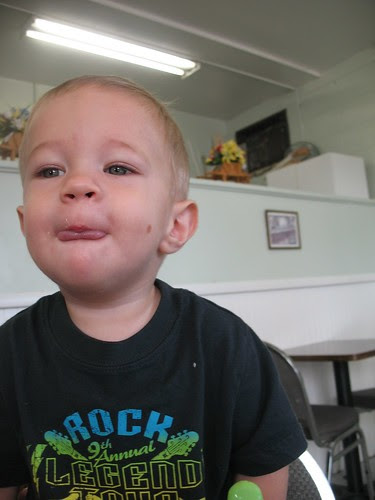 Since we were at a casino, we had to hit the buffet, which means crossing through the casino with the Kid.

He was mesmerized by something. Odds are it was all the flashing lights, but it may also have been all of the sludge from the bottom of the gene pool, who I would guess are all either former, current or future employees of American Airlines. 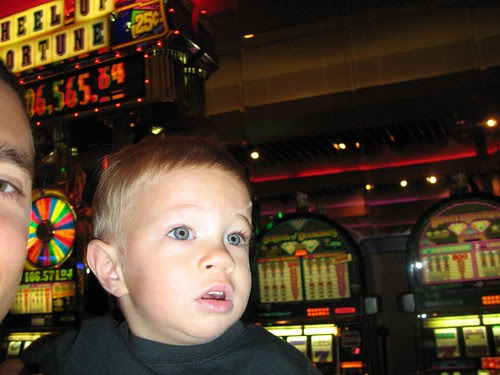 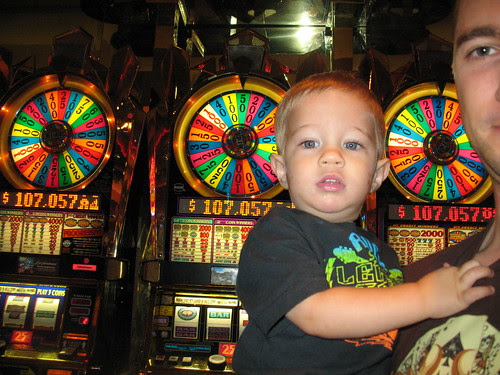 Despite walking right up to the edge of the outdoor pool, and almost falling in, he wanted no part of the indoor pool. 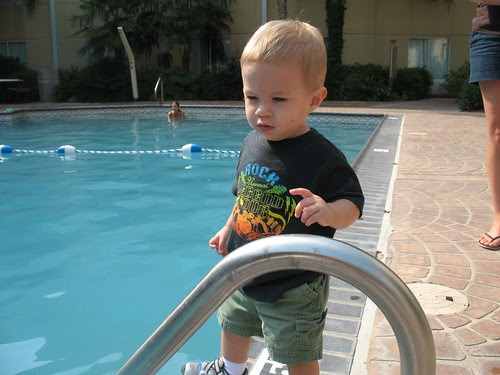 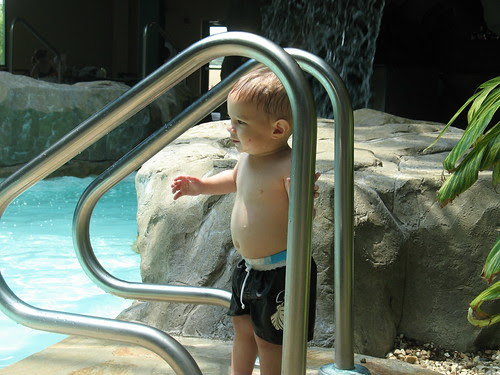 (look at the pot belly on that kid. Pretty impressive for a 15 month old who only weighs 20.5 pounds. definitely got my genes there)

Saturday night, he got all spiffed up to make his wedding debut.
Unfortunately, he's long-waisted so his shirt would only stay tucked for about 30 seconds at a time. 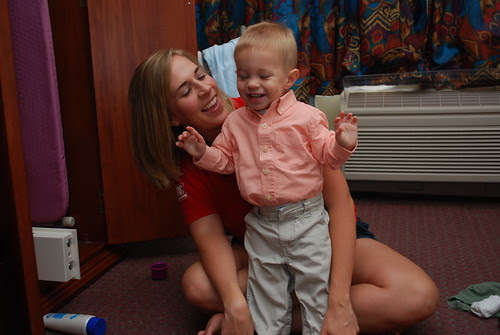 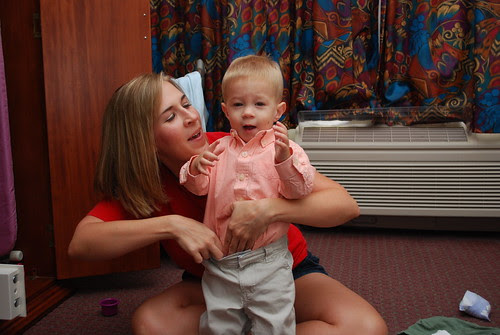 It was an outdoor wedding in June in Central Louisiana. You can kinda guess how it felt.
But there was lots of shade, plenty of industrial fans , and it wasn't a Catholic wedding, so everyone survived.


Riley didn't have to do much but walk holding hands with my brother and Sara's sister, so he lived up to his role as token cute little boy. Despite his minimal duties, he was fully mentally focused before the ceremony. 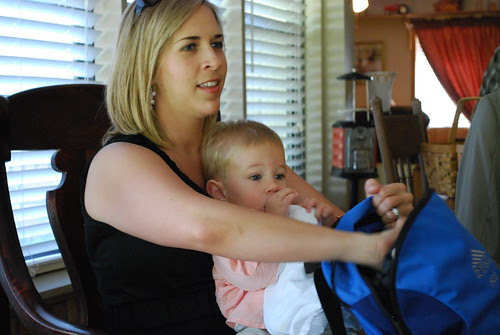 After the ceremony, he needed to perk up, so he did a little warm up flying with Uncle Eli. 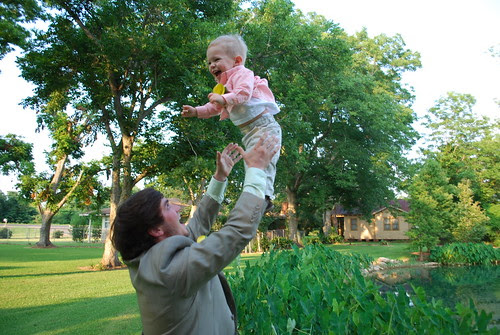 Then Dad brought in the big guns (or less fear of legal liability). 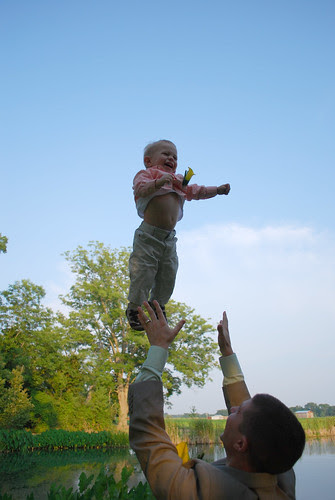 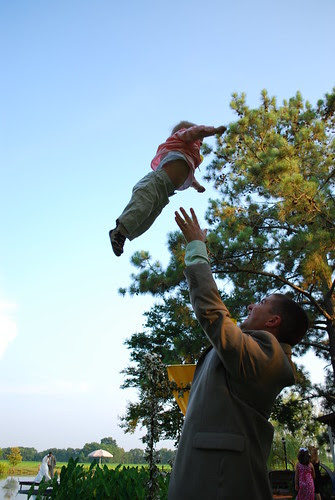 and since he's getting a little heavy for the traditional Uncle Eli pose, Anthill joined in. 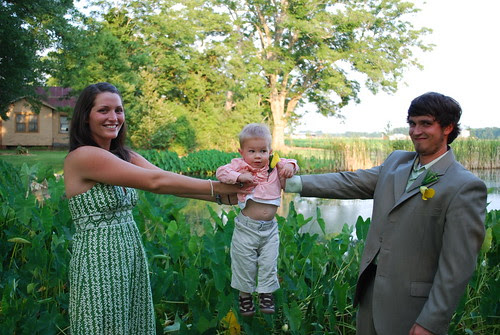 At the reception he played shy for a little while before finding a chick to slow dance with. 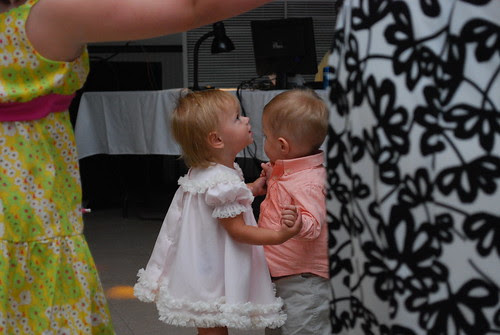 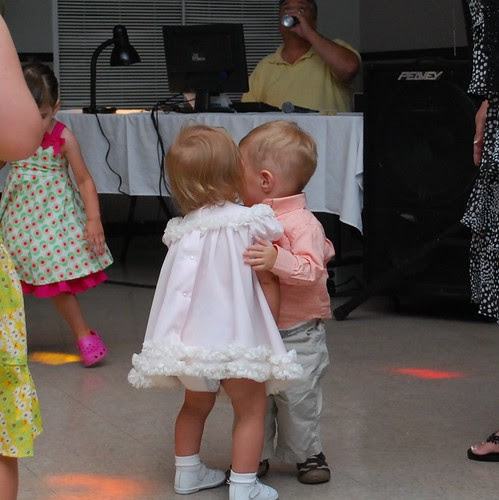 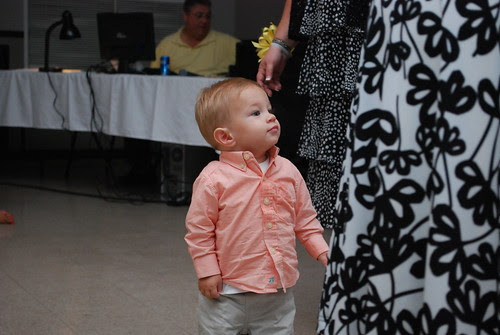 Then uncle Eli solidified his godfather fitness by doing the Thriller dance for the crowd. A godfather should be a strong moral compass. Appreciating the works found on the Thriller album (my first non kid record) is a definite indicator of moral strength. 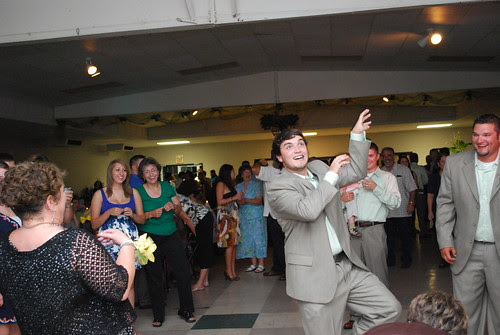 One really great amenity of the hotel was that the pillows were really fluffy. They sucked to sleep on (ok 'cause I pack my TP anyway)

But they make a great crash pad for playing Stuntman, a Riley favorite. 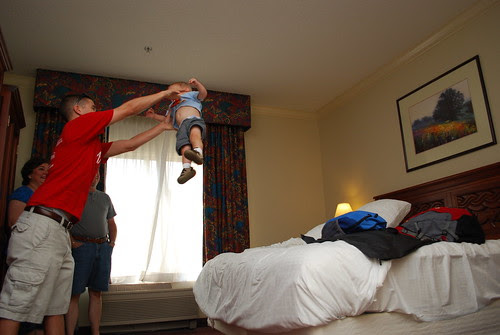 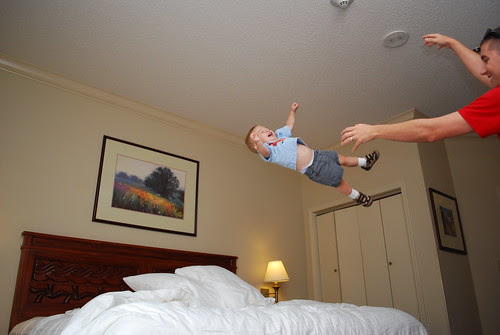 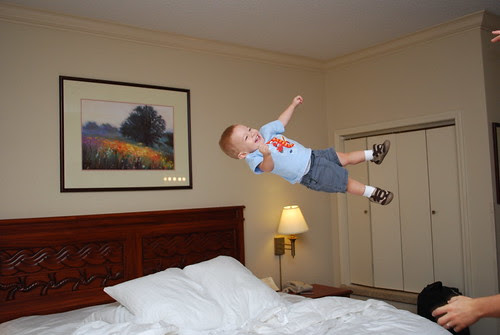 PS- at his 15 month ped appointment he clocked in at 50% height and head, but still 5% weight. Maybe he can be a distance runner. I bet he could run from here to Chicago faster than American Airlines could get me or my bags there.
Posted by bwallace at 3:28 PM

We were in Bordelonville this weekend too, only we were in the woods, but we did pass through the RV park at the Paragon on Saturday.

Can I tell you how nervous those pics of Riley in the air made me?