Sooooo, it's been over 4 months since I posted. Please accept my sincerest apologies for the hole that absence must have left in your life.

The dry spell is not due to a lack of happenings, but more so to an over-abundance (real word?) of happenings.

I won't bore you with all of the details, but here's your dose of catchin' up.

Back in May( the last time it wasn't too hot to step foot outside) we spent a weekend in New Orleans for some friends' wedding. Nonnie came along and watched Riley while we did the wedding thing. T'was a weekend full of zoo, aquarium, riverboat, streetcar, ice cream, food and strolling the quarter. 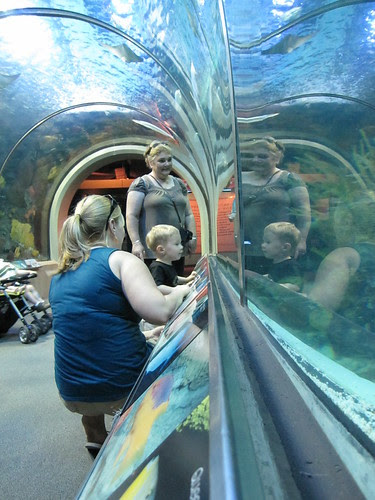 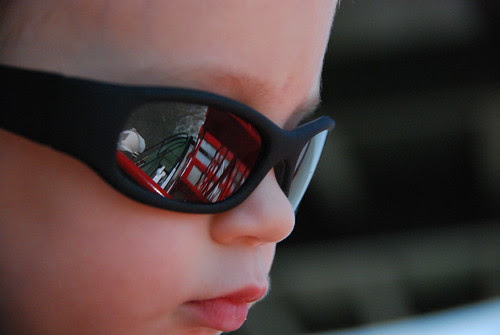 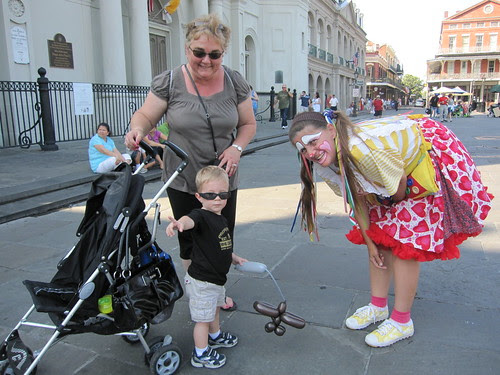 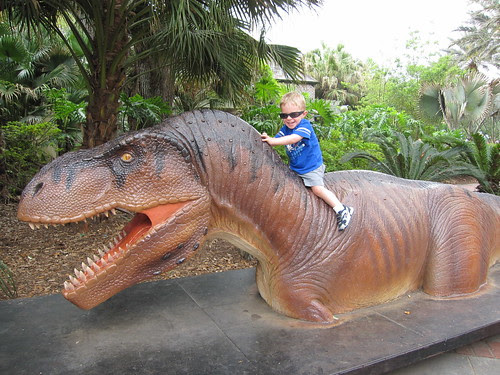 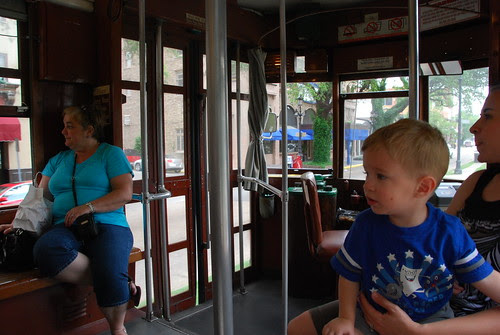 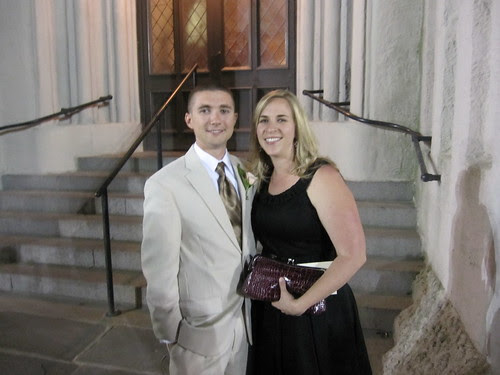 it was also a weekend that set a dangerous precedent. Just a few weeks ago, Riley heard me say "New Orleans" and he said, "I ride the boat and the streetcar train."

We can't afford this kid's memory.

Around that same time, Granny got Riley the toy he had been promised since before he was born. The Step 2 Extreme Coaster.

It is a very well made, fun piece of equipment. 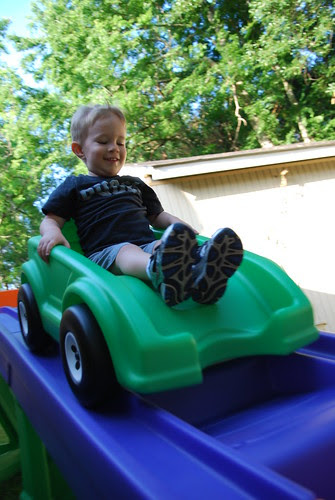 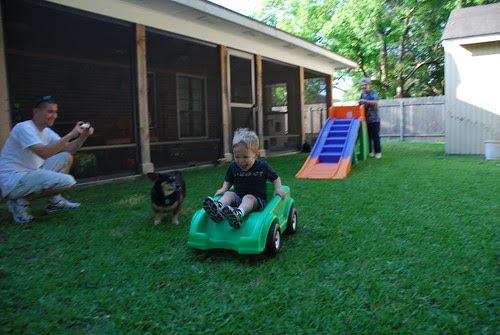 'bout that same time too, Uncle Eli graduated from UL. 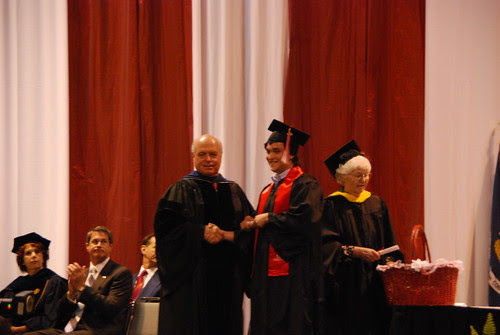 and uncle Eli got in on the fun of the Step 2 Extreme Coaster. 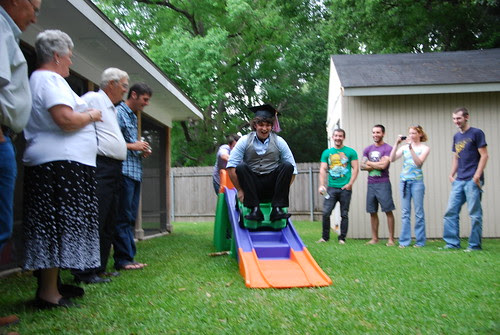 Riley was having such a good time at the afterparty that he got his arm stuck and required amateur rescue from a toy that needed to be thrown in the attic anyway. 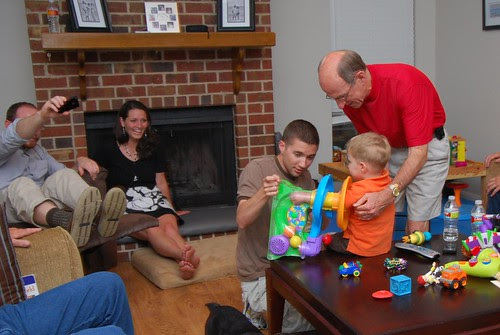 (I wonder if Ol Hypocrite Davey V ever ran into that problem, and if the clock keeps running.) (terribly inappropriate, yet appropriate at the same time)

Riley also took his first swimming lessons with Anna, gabe and other kids belonging to our assorted friends.

He still counts it as one of the most traumatic experiences in his short life, but is beginning to move past the damage. 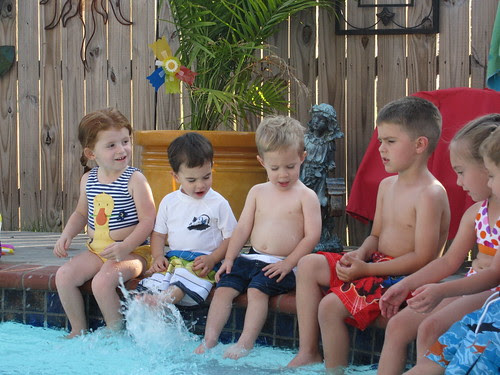 To avoid the heat we mostly did nothing all summer.

But Riley did catch his first movie, Toy Story 3, and actually saw it twice. 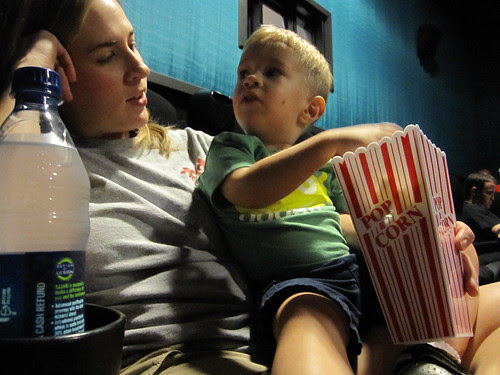 He perfected his Space Ranger aerial acrobatics when he got a visit from a real Connecticutian, Cousin Hailee, back in July. 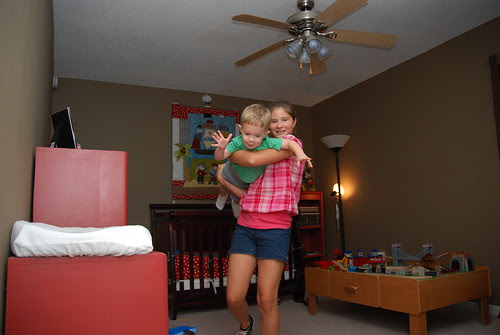 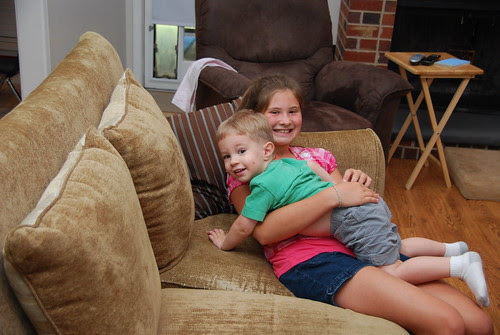 That was just before he decided that he needed a walker again to get around. (that phase lasted 30 seconds) 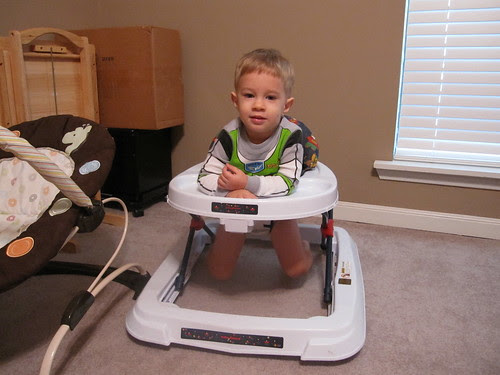 It seems like most of the summer has been spent in doctors' offices. Everything from sinus infections, to hives, to constipation to a weird mystery rash, he has had a problem with it this year. 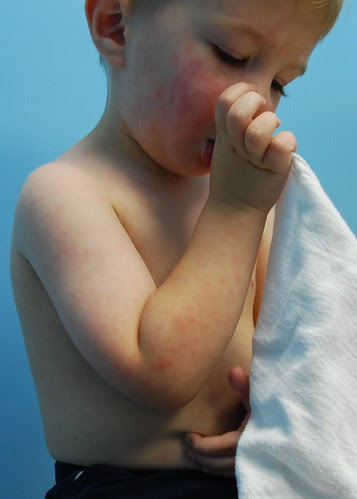 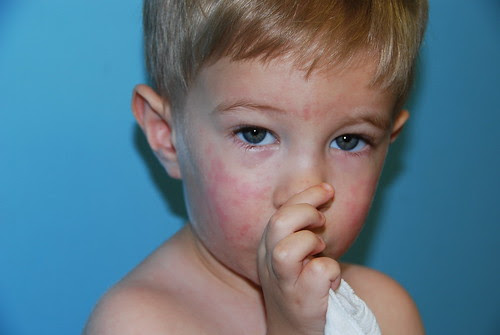 through those maladies though, we've discovered the wonders of Acadiana Urgent Care on Ambassador in Cordoba. Much quicker, cheaper, friendlier and cleaner than any ER I've ever seen. (though my only recent ER experience was at LGMC at 2am on a Sunday, or as I call it-- Angola Lite)

and now for the big news, which some of you may already know.

A few weeks ago, Eli and I caught the Deftones at House of Blues. it was awesome. 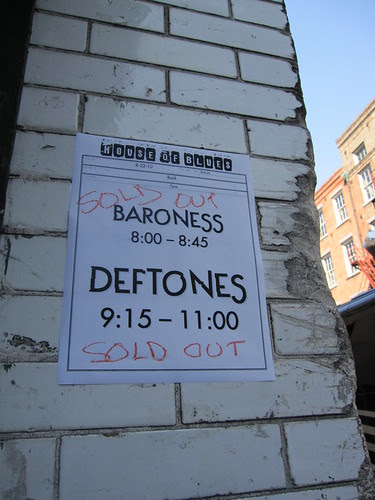 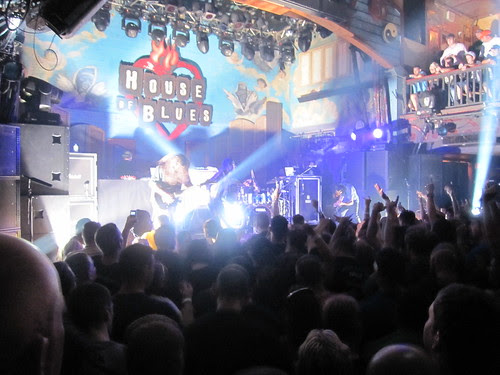 But I guess that is overshadowed by the even bigger news that Riley is potty trained.

After a miserable Memorial Day weekend potty training boot camp, and a few weeks of learning, he only needs diapers overnight and accidents are getting pretty rare. 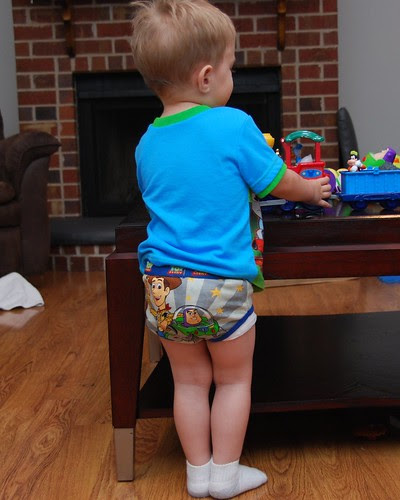 But even that seems to be overshadowed by the even bigger news that we bought a house last month.

No we were't looking, and no we haven't sold this one, so yes, it does not make sense.

But we couldn't pass it up.

The new shack is 5 doors down from Joan's parents. Its the last house on the second block of a three block, dead end, tree lined boulevard.

The house is the same size but the lot is almost twice as big, and it has a shop that I can park my Jeep in.

It'll probably be another month before we move in.

So far we've stripped down all of the popcorn ceiling, repaired & painted all of the ceilings, painted a couple of bedrooms and ripped up old carpet. Now we just have to paint the common areas and have some new carpet put in and we'll be ready.

I'll do a more detailed post later, but here's a little taste.

Taking down the popcorn ceiling texture was a mess, and due to the fact that some brands used to contain asbestos, we took extra precautions. Respirators, disposable jump suits and acres of plastic sheeting. 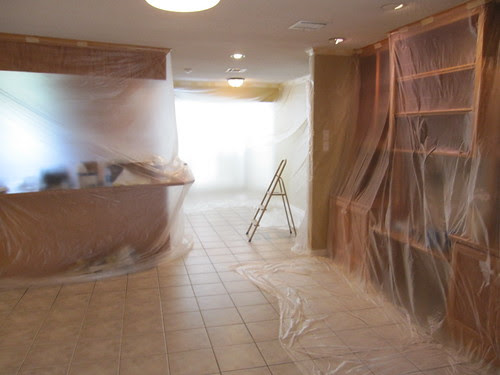 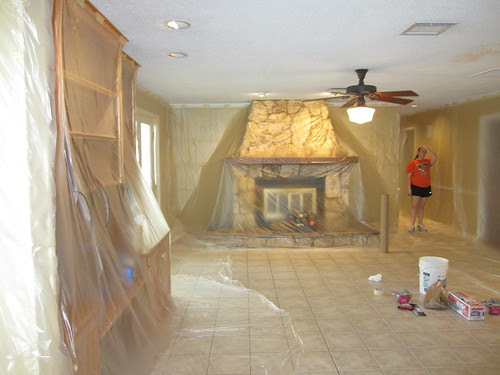 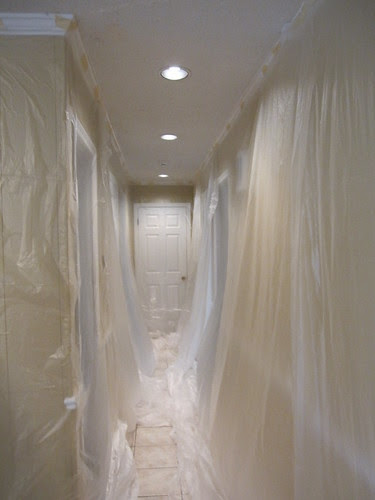 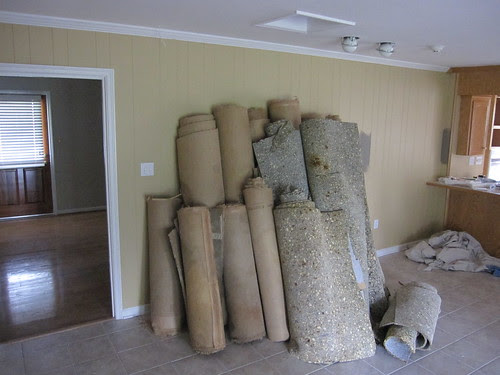 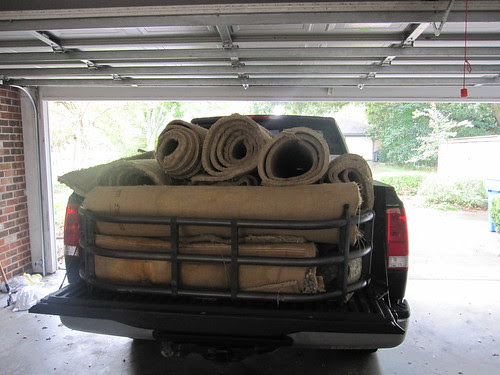 If anyone knows anyone looking for a 3 bed, 2 bath, plus office, and screened in patio, 2,050sq ft house, off of Verot in a good school zone, please send them our way.

That just about does it for the major news.

I'll be back if anything else interesting happens.

oh and Joan is pregnant, due in February with a girl.

Email ThisBlogThis!Share to TwitterShare to FacebookShare to Pinterest
Newer Posts Older Posts Home
Subscribe to: Posts (Atom)
This is our tool to keep everyone up to date on our adventures as parents to two humans (Jimmy isn't human, no matter what he tells you)