Wishing You all the Worst , Kid!

So, dearest followers, a post here means that our desktop pc is back up and running, thanks to the skills of Paul and some scavenged Frankenstein parts (Thank you, Aunt Connie!).

Below this pos,t you should find a make up post from last week.

Double the pleasure? Double the fun? (sorry, no sets of twin models)

The week was pretty slow.
We spent a couple of evenings finishing up our entertainment center, which came out awesome.
I'm going to wait to post about that next week though, because of the tone that this post takes later. Don't want to drag any good company down with that.


Wednesday, I went to the doctor who, after extensive interrogation, stuck to the theory that any problems I'm having are caused by my gall bladder, and that the way to fix it is to cut it out. He agreed though, that it may be wise to wait it out to see what my symptoms will be and if they are bearable.

Pain once or twice a month with a gall bladder may be preferable to the risks of permanent bathroom related side effects that come with its removal.

Regardless (not irregardless), I'll be seeing a GI doc for a full work up and getting a gauge on what, if any, problems I'll continue to have.


Friday was Caroline's 2nd birthday, and since her Mommy is laid up with the sickness right now, the birthday girl and her Daddy headed in to town and hung out here.

Saturday, we headed to the Cajundome for Riley's first stage show, Curious George Live.
We had really good seats because we bought early.
But, judging by the fact that no one was there, we probably could have held out and still been ok. 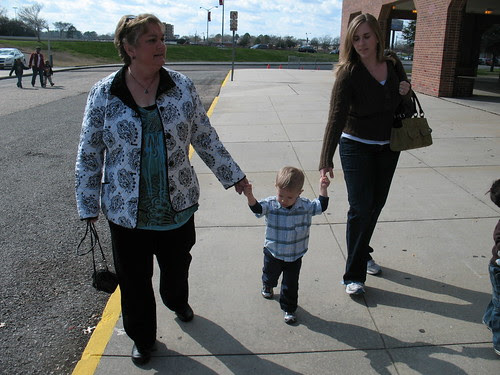 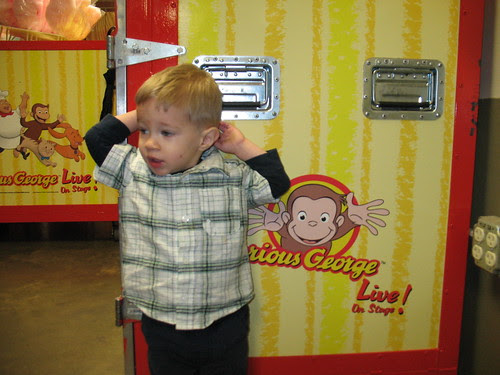 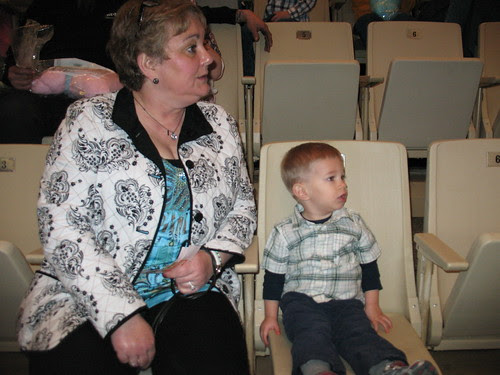 Riley was initially freaked out by the loud music, but settled in once he saw George.

He spent the second act feeding my Mom popcorn, but he never caused trouble.

After the show, everyone came back here, where we were joined by Caroline's Granny Jill, for Caroline's birthday cake. 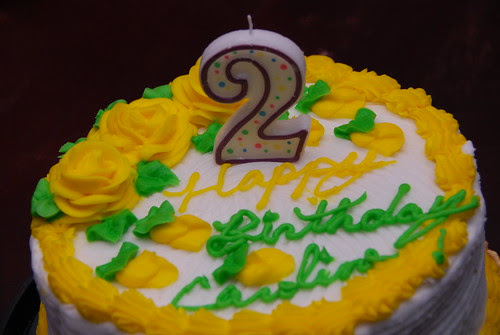 Caroline has recently learned to blow her nose, which made for some interesting, very earnest attempt at candle extinguishment. 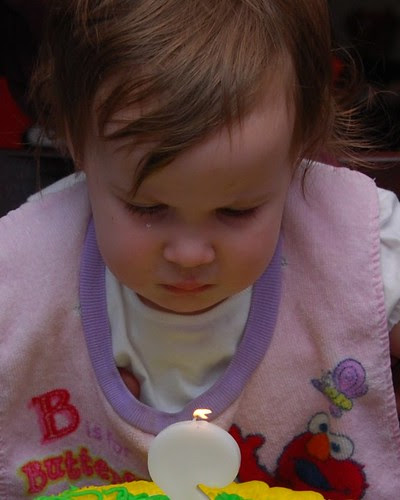 but eventually the fire was cleared, non-nasally, and the cousins partook. 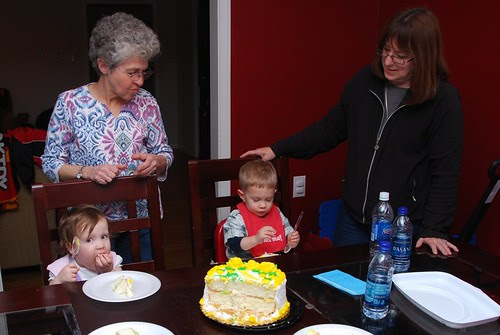 This morning, we headed to the Zoo of Acadiana, where Mr. Cool was laid back and ready for the day. 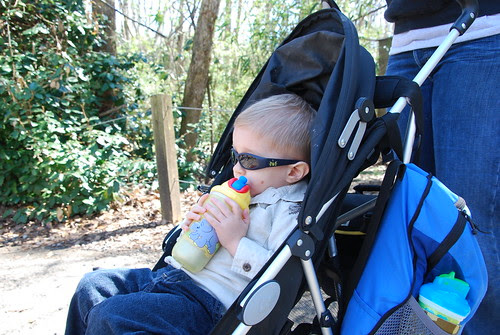 He wasn't impressed by the llamas' ability to open the chute door on their feed machine, but the adults were. (we're easy) 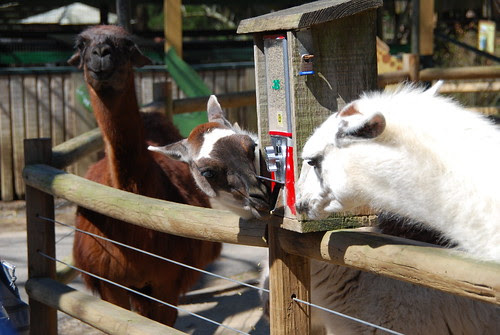 We were prepared for the playground to be the highlight of the day, as usual. 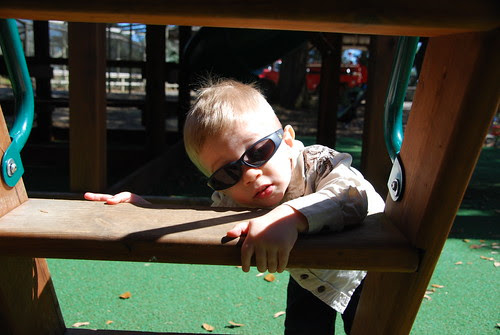 (Warning: Hatred and anger directed toward a minor follows)

Unfortunately, after a few minutes, some white trash POS kid named Jace (I'll remember your face) thought it would be fun to walk up to Riley (who was playing on his knees) and just start kicking him in the face. Riley started screaming, Joan told the kid to stop and his grandparents walked over and just stood there watching, never saying anything to us or the kid.

My blood is boiling again just thinking about it.

Of course, kids are going to do bad things, but without correction, they'll just keep doing it.

Those grandparents will be so proud when their sweet little Jace is in prison in 16 years getting treated like Derek Vinyard.

But aside from that particular hope for their future, I would also wish them the same fate that Jimmy Pop so eloquently expressed on the lead track from the Hooray for Boobies album (Look it up)

Well, I think Chapelle expressed that best in his "Popcopy" sketch (all these references should keep you busy and make up for the lack of content here)


Now that I've re-ruined my day, I'm going to wrap this up.

But I'll remember that kid's face, and in 16 years, when he's certifiably an adult, I'm gonna wheel my walker over to him and get all Jules-style Ezekiel 25:17 on that punk.
(I'm sure I'll be using a walker by 46. that's pretty old)


Regulars- you know I'm usually a pretty nice guy (on paper), so to say those things, I've gotta be really mad.
So, do me a favor.
Next time you see a kid named Jace, kick him in the face, just in case.
(ok maybe that suggestion was out of place)
Posted by bwallace at 3:54 PM

"But I'll remember that kid's face, and in 16 years, when he's certifiably an adult, I'm gonna wheel my walker over to him and get all Jules-style Ezekiel 25:17 on that punk."

Now everyone that knows a kid named Jace is wondering if this was him. LOL... Guess they'll have to wait it out.

MY blood is boiling and it wasn't even my child being kicked.

Parents who stand by and just watch their kid being a jackass makes me soooooooooooo mad.