I almost have too little to even make post this week, but when has that ever stopped me before?

So now your random thoughts.

Riley is finding interesting places to lay when he's tired but doesn't want to go to bed. Mid week, I filled in as baby sitter for a few hours. It's pretty funny the games they think up on their own.

Anna thought it would be fun to walk around with rings on her feet.
Riley, of course followed along.
But his wide feet were too fat to fit in the leftover rings so he had to settle for just being half shod like a preschool stripper. Since Riley likes Mexican sodas, I also let him try some Mexican candy.
Chocolate covered marshmallow on a stick was a hit, even though Joan said it tasted like pretty cheap chocolate.

That's fine though. Keep his tastes in the Wal-Mart spectrum and save us some money. and for those of you noticing how sloppy he looks in those shots, don't worry, he's gotten a haircut since.


Riley spent Friday evening with Nonnie and Poppy while Mommy and Daddy froze to the core while riding a trolley around town for a party involving people in my office, but not an office party. (it's an important distinction for alcohol consumption purposes.)

He got to hang out and play with Gavin, who he has warmed up to a little. We also continue to find unique decorations buried in the tree. Correspondingly, he's getting pretty good at accepting discipline and sits very well in "time out." After we took him out the last time he kept saying, "I go timeout, I splash da toilet."


Sunday our house exploded while we watched the Saints game.
Ok, not really, but it looked like it while Joan was wrapping presents. After the Saints made it to 13-0 we headed out to the Broussard Christmas parade for a cultural experience quite similar to a Wal-Mart visit.

We saw things you can only see in South Louisiana. If you can't see what is wrong with that shot, let me zoom in a little for you. Yup, that's actually a 1 or two year old in the open trunk of a moving vehicle.
At least she had another kid to play with (see pink bow on the left)


Though the cultural studies were fun, the real reason we went was because Anna's dance class was riding in the parade.

She was excited to see Riley, but her presence didn't register to him until she had already passed. Now, since you value my opinions over those of anyone else, and I'm sure you have lots of shopping to do, here are a few easy to procure gift ideas. Again, I don't know why hyperlnks don't appear here, but just copy and paste the addresses.

For reasonable parents, I highly recommend the book Free Range Kids by Lenore Skenazy.
It's all about keeping the dangers of the world in perspective and allowing kids to grow up to adults, and not just oversized kids. Fun blog to follow too.
www.freerangekids.com.


For the parent with musical taste who really may drive off of a bridge if they hear Hokey Pokey again, here are a few discs we've found to be not only tolerable but good.

Various Artists- Funky Kidz
Lots of excellent New Orleans jazz and funk musicians give their takes on children's classics. Very cool way to introduce a kid to local flavor. voted Album of the Year by Creative Child magazine (whatever that is) 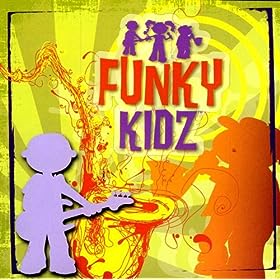 (available for download at Amazon for a good price)
http://funkykidzmusic.com/

For the lady or cross dresser in your life, check out the Miche Bag.
It's one purse body that you cover with an endless selection of different outer shells to change your look without transferring all of your crap from one bag to another. really neat idea.
http://www.michebag.com/

and finally, for the person in your life with good taste in food, you can never go wrong with a gift card to Johnson's Boucaniere.


You can all thank me later for the ideas (maybe in Johnson's gift cards)
Posted by bwallace at 7:38 PM

I enjoy reading you blog!
My 3 year old daughter would put those same rings on her feet at that age. We referred to them as her Arnaudville high heels. (Arnaudville is our home town!)
Lana
P.S. I am a Ragin' Cajun fan too!

I went to the Duson Christmas Parade and it totally trumps the Broussard Parade. Pictures will follow soon.

Damn, Nicole. Thats rough. I hope you are well vaccinated.

and thanks for the kind words Lana.